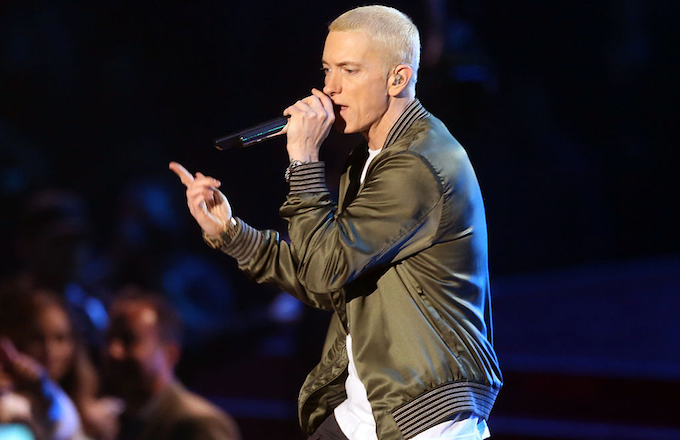 Eminem’s New Album Is Long Anticipated…and According To His Producer and Hype Man, Denaun Porter, a.k.a Mr. Porter, “It’s Finished and Is Amazeballs.”

This Will Be His 9th Studio Album Released By Eminem. No Date Has Been Set Just Yet, But I’m Pretty Sure It’s Right Around The Corner.

During a Facebook Live Post, Mr.Porter Said “Am I working on Eminem’s new album? No, we are done. How about that?”.

Later Stating To Complex, That His Statement That Eminem Was “done” With His New Album Was Simply Him Joking With Interneters Who Kept Asking Him About Status Of The Long-Awaited Project. “They trolled the s*** out of me the whole time,” He Explained.

“Anytime they come in there, they can expect to get trolled with any kind of question like that,” Porter Said. “I’m never the person to give up that kind of information. I might say, ‘Hey, we’re working on it’ or ‘Hey, we’re close.’ But I’m never going to be the guy that gives up the information. But they can get trolled.”

Denaun Porter Is Signed to Shady Records As a Producer and Has Worked With Eminem Extensively Throughout The Rapper’s Career.

Check Out The Video HERE…

It’s Been 4 Years Since The Release Of His Last Project, The Marshall Mathers LP 2. Which Went Platinum In 14 Countries and Gold In Another 3 Countries.

Music Assent Will Keep You Updated With a Release Date, Stay Tuned.