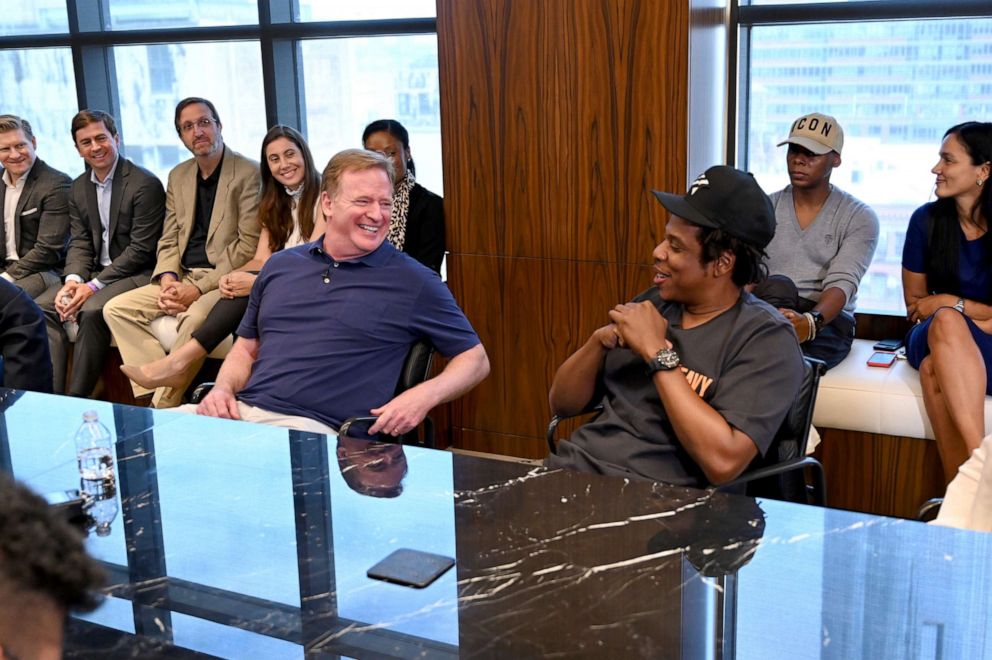 Rapper, Jay Z partnered with the NFL a few weeks back, and is wasting no time making moves towards social justice.

On Friday(Aug.30) they announced they will be releasing a music series “Songs Of The Season”, and an apparel line “Inspire Change” that will benefit social justice organizations around the US.

The music series will begin with performances by Meek Mill, Rapsody, and Meghan Trainor on Sept.6th at Soldier Field in Chicago for the NFL’s first game of the 100th season(Chicago Bears vs Green Bay Packers).

TMZ Sports, reported “concepts for the “Inspire Change” apparel are still being developed … according to sources familiar with the deal. We’re told the line will be available to the public in October.”