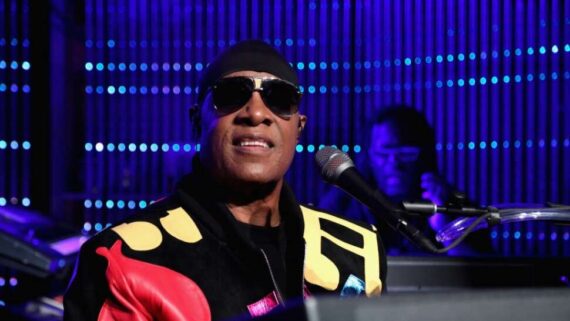 Stevie Wonder is one of the most successful songwriters and musicians in the history of music.

In the past 60 years, Stevie has released over 23 albums, received 21 Grammy Awards, an Oscar award, and Awarded the Presidential Medal of Freedom by President Barack Obama in 2014.

Stevie Wonder is the youngest artist to have a song reach number one on the top charts.

Also, being the youngest solo artist to be inducted into the Rock n Roll Hall Of Fame(1989). He was 38 at the time.

Stevie Wonder has had many #1 Hits over the years including, “That’s What Friends Are For”, “Part Time Lover”, “Happy Birthday”, “Isn’t She Lovely”, and “I Just Called To Say I Love You”.

“That’s What Friends Are For” Cover (Originally recorded by Rod Stewart in 1982), was released in 1985 featuring Stevie Wonder, and other notable singers: Dionne Warwick, Elton John, and Gladys Knight.

The song was a massive hit, a number one on the pop charts; receiving a Grammy Award in 1986.

“Isn’t She Lovely”– Released in 1976 peaked at #23 on the Billboard Charts. It was a Dedication to his daughter, Aisha Morris.

“I Just Called To Say I Love You”– Released in 1984; Stevie Wonder‘s best-selling single to date, Topped 19 of Billboard‘s music charts. The song won both a Golden Globe, and an Academy Award for Best Original Song.

10 thoughts on “Stevie Wonder Is Celebrating His 70th Birthday! Check Out His Greatest Moments In Music!”